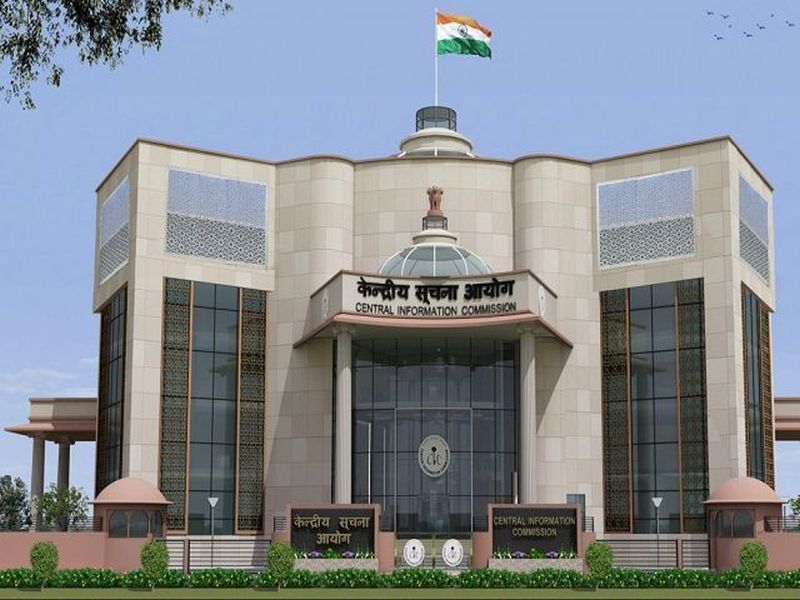 The Annual Report of the Central Information Commission (CIC) for the year 2019-2020 is out in the public domain. Readers will recall, presenting such a report to Parliament about the action taken by public authorities every year, to implement this transparency law, is a mandate under Section 25 of The Right to Information Act, 2005 (RTI Act). As always, the CIC has kept the public disclosure of its latest Annual Report, a quiet affair.

The findings given below are correct to the extent of the accuracy of the data reported by the public authorities. However, it will also be shown below that some of the figures reported are not questionable.

Click here for the data table collated for the purpose of this preliminary review.

Backlog of RTI applications in 2019-20: Overall GoI and Ministry-specific trends

Interestingly, the phenomenon of rising backlog of RTIs does not even merit a cursory mention let alone a discussion in the narrative portion of the Annual Report.

Transfer of RTI applications in 2019-20: Overall GoI and Ministry-specific trends

Rejection of RTI applications in 2019-20: Overall GoI and Ministry-specific trends

Rejection of RTI applications under “Others” Category

“The usage of reasons, termed as ‘others’, in such increasing proportion is inter alia also indicative of the fact that perhaps the requested information is not available in any material form as per definition of “Information” in the Act. This call for scrutiny and closer introspection by public authorities to “ascertain and identify” the provisions other than those in sections 8(1), 9, 11 and 24 being used for rejecting the requested information; since there are no other exemption clauses stipulated in the Act for rejecting a request for information.”

However the CIC has not commented much on this issue subsequently. This silence continues in the Annual Report of 2019-20 as well.

Disposals by the CIC in 2019-20: What is missing from the Annual Report

a) Ministry and department-wise 2nd appeals and complaints received and disposed;

b) Public authority-wise 2nd appeals and complaints received and disposed;

c) The number of cases in which the appeals and complaints were allowed and the information directed to be disclosed;

d) The number of cases in which appeals and complaints were rejected and the reasons for such rejection;

e) The number of instances in which the CIC directed the disclosure of exempt information by invoking larger public interest under Section 8(2) of the RTI Act;

f) The number of instances in which the CIC recommended disciplinary action against CPIOs for repeated contraventions of the provisions of the RTI Act;

g) The number of instances in which recommendations were issued to public authorities to improve their compliance with various provisions of the RTI Act under Section 25;

h) The number of instances in which penalties were not imposed on the CPIOs despite issuing show-cause notices;

i) The number if instances in which the CIC awarded compensation to the appellant/complainant under Section 19(8)(b) of the RTI Act; and

i) Summaries of decisions which the CIC considers to be landmark in nature issued during the year.

In the absence of such information and data, the Annual Report does not throw enough light on the working of the CIC itself to make it more transparent. Several State Information Commissions publish this kind of data in their annual reports. The CIC could adopt such good practices the next reporting cycle onwards.

Apart from filling up information gaps regarding its own performance, the reliability of the data contained in the Annual Report requires deep examination by the CIC. Two problematic areas in the dataset relating to rejections have been discussed above. Another area of concern is what appears to be absence of cross-checking of the data submitted by the public authorities. For example, the data table shows “0” as the figure in the rows relating to the number of CPIOs and First Appellate Authorities appointed by public authorities such as the President’s Secretariat and the PMO. Obviously this is erroneous in view of the fact that these public authorities have submitted data regarding the disposal of RTIs and appeals they processed. Next, in several places the detailed data table in Annexure 1 shows 0% as the percentage of rejections reported by some public authorities. However the exemption-wise details provided further down below falsify this figure. For example, The Ministry of Minority Affairs records 7 cases where exemptions were invoked to reject RTIs but the overall percentage is shown as “0”. Similarly, NITI Aayog rejected 26 RTIs but the percentage is shown as “0”. The Ministry of Road Transport also shows the rejection percentage as “0” right next to the absolute figure of 137. Even this figure is incorrect as the total number of cases is 172 if the exemption-wise breakups are taken into consideration.

Or take the case of the Ministry of Shipping. The Annual Report records a rejection of 314 cases at 9% of the total (including “Others” category). However the exemption-wise break-up given at the bottom of the data table adds up to only 254 rejections. So the percentage will actually be 4.18%, not 9%. In the case of the Tribal Affairs Ministry the Annual Report states the total number of rejections as “5”, but the exemption-wise break-up contains the value of “0” against every clause.

In yet another instance, the Ministry of Panchayati Raj reported the appointment of 10 CPIOs but 33 First Appellate Authorities in 2019-20. According to Section 19(1) of the RTI Act a person senior in rank to the CPIO is required to be designated the FAA. The usual practice in public authorities is to have as many FAAs as there may be CPIOs or appoint one FAA to hear appeals against the decisions of multiple CPIOs. The Ministry of Panchayati Raj is one of the instances we have come across where FAAs outnumber CPIOs. How do they exercise jurisdiction over CPIOs requires closer examination by the CIC, unless the data submitted by the Ministry itself is erroneous.

The Annual Report is an official document that has been presented in Parliament and any Member could raise objections about the veracity of the data and accuse the Government of committing breach of privilege by tabling erroneous statistics (assuming that some of them spare the time to read the report in as much detail as is necessary for a body that is tasked with exercising oversight on the manner of implementation of the RTI Act across GoI and also the performance of the CIC). Given the anomalies visible in the data table attached to the Annual Report, it is advisable for the CIC to pay a lot more attention to the quality of the statistics submitted by the public authorities before publishing them in its Annual Report.

(I would like to thank Ms. Adya Bajpai of West Bengal National University of Juridical Sciences and Mr. Arnav Mittal of Symbiosis Law School, Pune who interned with CHRI during the COVID-19 lockdown period in 2020 for assisting with the data collation and cross checking exercises pertaining to the CIC’s previous Annual Reports.)

All facts are in the public domain. Views expressed are personal.