Pre-trial detention as a punishment: The situation for LGBT persons in Uganda 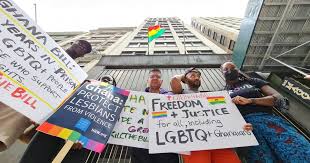 Pre-trial detention is commonplace in Uganda, because the reigning mentality in criminal investigations tends to favour the ‘arrest first, investigate later’ approach. A lucky few who can meet the requirements get released on bail, but the majority remain in pre-trial detention until their cases get ultimately resolved. Usually, the case gets concluded through one of four ways: that someone is found guilty and convicted, usually to a prison sentence, from which the period spent on pre-trial detention may be deducted; someone is found not guilty and left to go free, usually without any compensation; someone pleads guilty and seeks a non-custodial sentence, usually simply so that the pre-trial detention can end/ be avoided; or the matter is dismissed by court for want of prosecution (a surprisingly common outcome). In this sense, pre-trial detention is not done as a way of punishing someone, but rather as a way of ensuring that they attend their trial and serve their sentences if found guilty. In a country with few registered addresses and other records on persons, and limited resources to find people who abscond/ jump bail, persons accused of criminal offences tend to suffer the effects of a defective system.

But at least that flawed system is the standard.

For LGBT persons, however, their cases rarely follow the norm. For them, pre-trial detention is almost an end in itself, as we have not found any single conviction for consensual same-sex relations in Uganda in the past fifteen years, despite the almost daily arrests. Arresting someone and having them processed for months through the criminal justice system seems to be the aim of the system. It is a punishment in itself.

Whereas arrests are the usual way of bringing someone accused of committing a crime to face their trial, for LGBT persons, the arrests are rarely justified. Article 23(1)(c) of the Constitution provides that a person should not be deprived of personal liberty, except ‘for the purpose of bringing that person before a court … upon reasonable suspicion that that person has committed or is about to commit a criminal offence under the laws of Uganda.’ For LGBT persons, such reasonable suspicion is rare, since people are picked up based on a tip off from the community that they are gay, or based on their personal appearances, despite the fact that Ugandan law criminalises specific sexual acts, and not sexual orientation or gender identity. Right from the beginning, the arrest is not based on any reasonable suspicion but rather on the desire to humiliate and harass suspected LGBT persons, and they are therefore often charged with petty offences such as being a common nuisance or being rogue and vagabond, which are broad and vaguely defined, once it becomes clear that they cannot be charged with ‘having carnal knowledge against the order of nature’.

They are then whisked off to a magistrate for a perfunctory plea taking process and then sent to prison until the court hears their case. While many people have to do a short stint in prison pending trial, which can range from two weeks to several months, those lucky enough to be represented by a lawyer get released on bail at this point, often with stringent conditions, including heavy cash payments and two persons considered ‘substantial’ by the court. For the 2015 case, the transgender woman and gay man were detained for four months before being released on bail. These cases are usually dismissed by court for ‘want of prosecution’ as there is never evidence to support the charges preferred.

However, by the time the person is released, they would have been ‘punished’ enough, and this usually satisfies those who got them arrested in the first place. No compensation for the wrongful detention is ever paid in such cases, and the persons so detained come out of detention to a world devoid of a home, friends, or family since their sexual orientation/ gender identity would have been revealed to all, and few would want to associate with them, thus continuing the cycle of homelessness, hopelessness and lack of financial independence that dogs the life of many an LGBT person subjected to pre-trial detention in Uganda.