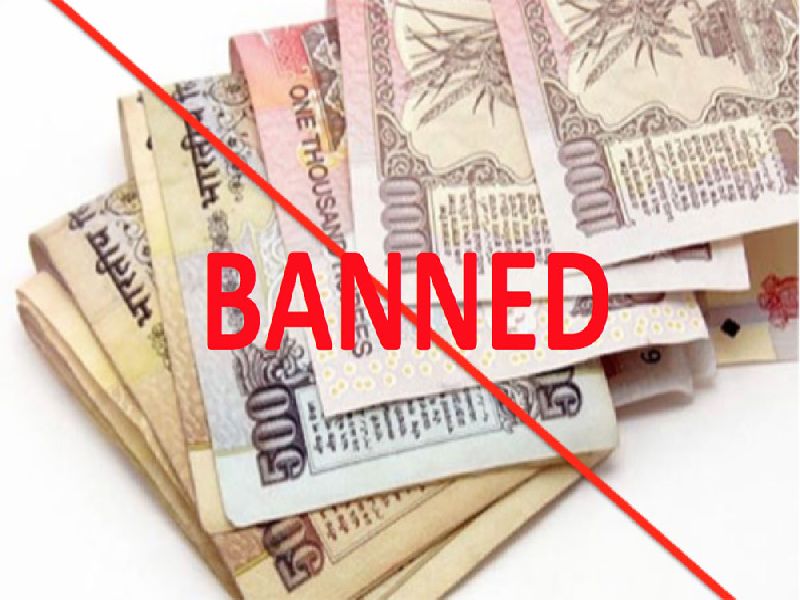 I am placing in the public domain a copy of the meeting minutes of the Board of Governors of the Reserve Bank of India (RBI) which legitimised the Central Government's initiative to withdraw the legal tender nature of currency notes of Rs. 500 and Rs. 1,000 denomination (also known as demonetisation or DeMon for short) on 08 November, 2016. Readers might remember my earlier despatches about RBI's stubborn refusal to part with any information about the preparatory stages of this exercise. Readers might also recall my brief analysis of the stark differences between the 2016-17 exercise and the previous such exercise conducted in 1978.

I salute the efforts made by the Indian Express and other media houses which have already reported the contents of RBI's Board meeting minutes in November 2018- a worthy example of investigative reporting. However, I have not been able to locate a copy of the actual document on the Internet. I am publicly sharing the document containing these minutes so that any citizen or institution may make use of it henceforth.

Click here for a copy of RBI's DeMon-related meeting minutes.

Click here for the email communication received from RBI's Central Public Information Officer (CPIO) which is proof that these documents were "neither stolen" nor photocopied without  authorisation" but obtained legitimately under The Right to Information Act, 2005 (RTI Act) after a 28-month long wait. Making this declaration at the outset is necessary because this is the season where wild accusations of theft of official documents are being flung at people who are working for greater transparency and accountability of certain very publicly conducted affairs.

Last month, RBI revealed its intention to disclose these minutes at a hearing in my RTI case pending before the Central Information Commission (CIC).  CIC issued a penalty show cause notice to the CPIO for the inordinate delay in making a decision in favour of disclosure. This order was widely reported.

Click here  for the CIC's interim order to RBI.

Three days ago, CIC staff informed me telephonically about the cancellation of the next hearing in this case which was scheduled for 08 March, 2019. However, RBI's CPIO emailed me these minutes the same day. He also shared RBI's written submissions to the CIC against the grounds cited in my second appeal case. As the CIC might not have examined it yet, I am not sharing those submissions publicly.

1) The first two queries in my RTI application were for copies of the minutes of the meeting of RBI's Board of Governors and any recommendation that was submitted regarding the DeMon exercise to the Central Government. The CPIO sent a copy of the minutes of the 561st meeting of RBI's Board which was held less than five hours before the Hon'ble Prime Minister announced the DeMon decision to the country on television. RBI sent its resolution approving the DeMon exercise to the Government only on 16th December a full 38 days after the Rs. 500 and Rs. 1,000 currency notes stopped being legal tender. So essentially, RBI's Board had only rubber stamped the Government's initiative. RBI's CPIO has sent me this document also.

2) The remaining queries in my RTI application pertain to petitions, recommendations or communication submitted by any person, entity or organisation to RBI regarding demonetisation and all replies that RBI sent to such entities. I had also sought copies of all file notings and correspondence conducted in this regard. RBI's CPIO continues to deny access to all this information citing Section 7(9) of the RTI Act, without batting an eyelid. Readers will recollect that an RTI application may be rejected only by invoking the exemptions listed under Sections 8 and 9 of the Act. Section 7(9) is meant to facilitate disclosure through some acceptable form if the form of access sought by an RTI applicant cannot be fulfilled. Nevertheless, the CPIO persisted with his line of reasoning at the last hearing before the CIC, held in February 2019.

3) In the first instance, RBI's CPIO cursorily rejected the first two queries of my RTI application by citing Section 8(1)(a) of the RTI Act. Later, upon the advice of the First Appellate Authority (FAA), the CPIO gave some reasoning.

Click here  for the RTI application, CPIO's replies, my first appeal and the FAA's order.

In his detailed reasoning as to why the DeMon minutes and recommendation sent to the Central Government cannot be disclosed, the CPIO had stated as follows:

" The documents containing the information pressed for by the appellant in these queries have been examined. The documents reveal factors/modus operandi which preceded a highly sensitive decision of withdrawing the legal tender character of Rs. 500 and Rs. 1,000 bank notes by the Central Government having bearing on the economy of the state. It is reiterated that the information sought relates to vital economic interests of the country which takes in its expanse an array of economic, financial and security factors. data, exchange of opinions etc. of secret nature, disclosure of which would harm more the larger national interest as compared to the interest of an individual. Disclosure is also likely to impede the decision-making processes in the area of  future economic and financial policies of the State. In effect it attracts the provisions of the Section 8(1)(a) of the Right to Information Act, 2005, (the Act) and the information sought qualifies for an exemption under this Section.

After careful consideration it is also observed that none of the information available can reasonably be severed from any part that contains exempt information as envisaged in Section 10 of the Act." [emphasis supplied]

a) The Central Government's letter containing the draft DeMon Scheme drawn up in the Ministry of Finance stated that growth of the bank notes of Rs. 500 and Rs. 1,000 denomination was 76.38% and 108.98% during the period 2011-16 whereas the economy had grown only by 30%. RBI's Directors disagreed with this reasoning and responded that the growth rate of the economy was the real rate whereas growth in currency circulation was nominal and when adjusted for inflation did not constitute any stark difference.

b) RBI disagreed with the Revenue Dept.'s finding that the shadow economy for India (where black money transactions do not leave an audit trail) was estimated at 20.7% of GDP in 1999 and had risen to 23.2% in 2007 (based on World bank estimates). It is interesting that the DeMon minutes do not mention the black money reports submitted by NIPFP and two other research institutions. My formal request for copies of these reports was rejected under the RTI Act.

The Union Finance Minister has recently made a curious statement in Parliament that black money study reports may be made available to MPs who sit on the Department-related Parliamentary Committee on Finance, but will not be placed in the public domain. The Government seems to have ignored the proviso underlying Section 8(1) of the RTI Act which contains the noble democratic principle that information which cannot be denied to Parliament or State Legislature cannot be denied to a citizen. To hold that information may be provided to certain MPs but not to the people who sent them to Parliament is perplexing to say the least.

c) RBI's Directors opined that most of the black money is not held as cash but in the form of real-sector assets such as gold or real estate and that DeMon would not have any material impact on those assets.

5) What were the compelling factors that justified DeMon which took the lives of more than a hundred citizens who stood outside banks to exchange their currency notes and scores of bankers who collapsed counting them and have had well documented negative impact on various sectors of the economy which is still unravelling? RBI's DeMon minutes are strangely silent on this matter.

6) At para #4.3(i), it is mentioned that the Board found the measure commendable, but there is no reasoning provided for this commendation anywhere in the minutes. At para #4.4 there is a vague mention that DeMon will help achieve financial inclusion. How will criminalising possession of the DeMon currency beyond the grace period, lead to financial inclusion is not explained anywhere.

7) What is interesting is that the DeMon minutes do not contain any sensitive information such as factors, data or exchange of opinion about financial and economic security. Nothing in the documents that I have received indicates that any portion of it has been severed under Section 10 of the RTI Act to remove sensitive information. So the CPIO's reasoning which was bandied about between 2016-2017 as the basis for rejecting the RTI application is simply not borne out by the contents of the document.

8) The Board also stated that DeMon will help incentivise use of electronic modes for making payments instead of cash. Opinion on whether increased use of electronic modes of payment was due to DeMon is divided. RBI's own recent reports present a contradictory picture. While e-transactions have grown manifold there is more cash circulating in the economy than there was on the date of demonetisation. So on what basis did RBI make its assumption on 08 November 2016, is not revealed in the DeMon minutes.

9) Interestingly, the DeMon minutes reveal that a Deputy Governor of RBI was working with the Central Government on the initiative to withdraw legal tender of the Rs. 500 and Rs. 1,000 currency notes, for six months. But his name is not mentioned anywhere in the minutes. The language of para #4.4 of the minutes seems to indicate that the Board was simply not aware of this planning prior to the tabling of the Deputy Governor's memorandum on the subject at its meeting less than six hours before the Hon'ble Prime Minister announced the decision to the country.

Meanwhile, I am looking forward to the next date of hearing to battle it out for the remaining information I have sought in my RTI application.