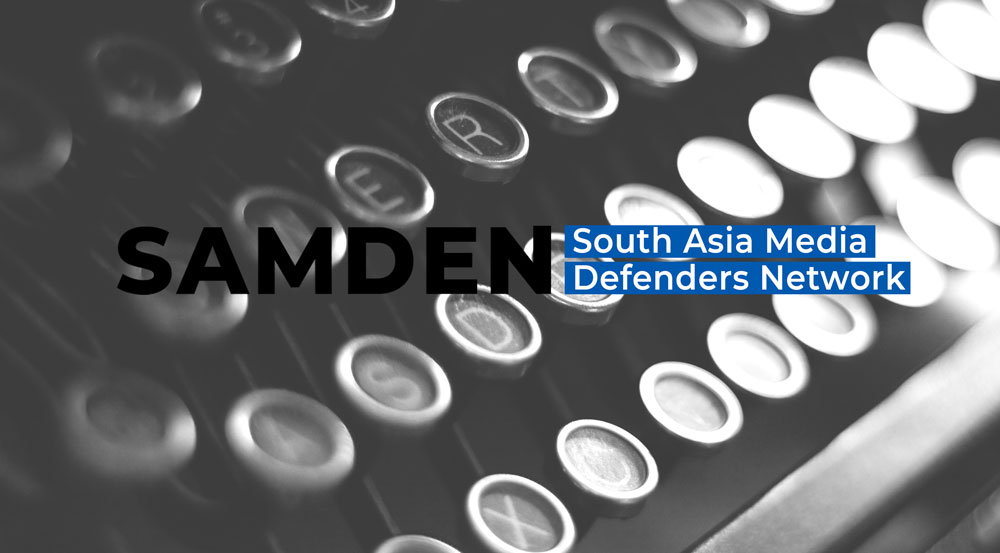 South Asia has a poor record in the areas of freedom of speech and expression where the space for voicing dissenting opinions has shrunk, gradually but alarmingly. With growing attacks against the press in mind, in late 2017, CHRI launched its newest initiative, the South Asia Media Defenders Network (SAMDEN) to monitor, address and campaign to solve problems faced by journalists in the region.

We are happy to report that over the past year, a robust web of professionals have  been working towards building the capacity of the media community and activists to resist such attacks and strategically build public awareness.

This core group includes eminent professionals such as such as Bangladesh’s Mahfuz Anam of the Daily Star, Kanak Mani Dixit of Himal in Nepal, Salil Tripathi, chair of PEN's unit on journalists in prison, Mrinal Pande, veteran editor and author, John Zubrzycki (a Sydney-based journalist, author specialising in South Asia), Siddharth Varadarajan, Founding Editor of The Wire, and Sanjoy Hazarika, former correspondent for the New York Times and now International Director at CHRI, among several others.

We are cognisant of the social and political pressures on rural media and how the vulnerability of the latter is accentuated by lack of access to free media. The target audience of this network, thus, is media professionals at risk in general, but specifically in semi-urban, small metros and rural areas whose vulnerability is rarely reported upon.

Our first international convening was held in June 2018, when journalists from across South Asia came together to form the network with the aim of extending support and solidarity to media counterparts in the region who are under attack and to mobilise action through collaboration with other like-minded media groups and associations. You can read the convening report here.

After a year of campaigning and advocacy actions, we held our second convening in March 2019 – this time focusing on bolstering online media freedom in India. Split over two sessions, the event dealt with a critique of Information Technology laws in India, which are or may be used against media freedom and journalists, and the effects -- both professional and psychological -- of online attacks against journalists.

Among the participants were noted journalists such as Patricia Mukhim, Paranjoy Guha Thakurta and former journalist Smriti Singh (who now works with Amnesty India) who have first-hand witnessed attacks in their careers as journalists; independent journalist Rana Ayyub too addressed the convening, and Mahfuz Anam, (Editor of the Daily Star, Bangladesh) and Kumar Lopez (director of the Sri Lanka Press Institute, SLPI) joined us over video conferencing. You can read more about the meeting here.

We are currently working to launch an interactive website that will monitor attacks against journalists in the South Asian countries of Bangladesh, India, Pakistan, Nepal and Sri Lanka, and offer capacity-building resources to help journalists protect themselves against digital attacks.

You can find some of our advocacy statements below: